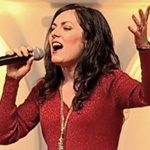 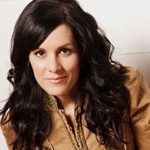 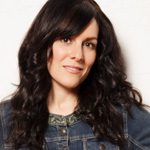 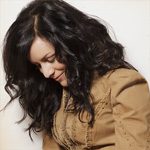 Catholic singer, songwriter, and speaker, Donna Cori, has been sharing her songs, sung prayers, and meditations via Golden Arrow Catholic Music and Media in Catholic churches and prayer groups, and on T.V. for 22 years. She is a repeating guest at many conferences and events from coast to coast. She can be heard in interview and song on Catholic radio stations across the nation and worldwide on Mother Angelica's EWTN Global Catholic Network, and sister short-wave station WEWN.

Donna is featured in numerous television programs, including EWTN's "Life on the Rock" and "Backstage", N.Y.'s Prayer Channel and Shalome World Catholic T.V. All the songs from her "Divine Mercy Prayers" CD are featured on the audio version of St. Faustina's Diary produced by the Congregation of Marians of the Immaculate Conception of Stockbridge, MA.

"God does give us our heart's desire, just not in the way we often believe it to be nor at the time we think it should materialize." Donna Cori Gibson is doing exactly what she wanted to do since the time she was in grade school, but she never imagined it would be like this. She uncovers Catholic treasures hidden in the prayers of the saints, as well as important passages from Scripture, and puts them to Music. It is a unique gift which is only enhanced by the power and beauty of her voice.

After years of working in New York as a professional, singer, songwriter, and studio musician, Donna now lives in the Midwest, far from the secular scene. A lay Carmelite since 1999, Donna's Music is focused on prayer and explaining the truths of the Catholic Church with Scripture. Songs include word for word prayers from the Bible (as singing makes for easy memorization) and well known prayers of the Church. Setting prayers to Music is Donna's way of helping brothers and sisters in the Lord to "Pray to the Spirit on all occasions with all kind of prayers and requests" (Phil 6:18).

After 20 years of sharing Catholic Music, God has called Donna to add being a speaker to her travels. For the last 3 years, Donna has been leading Women's retreats and Days of Recollection with the theme "Keeping a Mary Spirit Throughout a Martha Day." Since becoming a single mom and having to raise her children on her own, she can share life lessons of how to find (make) time for prayer and ways to stay at the feet of Jesus no matter what you are doing or where life's necessities may call you. (see her reference and referral letters.) You can even book one-on-one time with Donna for varied music lessons and life coaching.

Donna's story begins in New York City where she was born, and then raised in Miami where she started studying Music and performance at a young age. At age 9 in the school chorus, she was given many solos and with the group recorded an album. From 10-14 she was a member of the Miami Choral Society, learning music theory, and singing many styles of choral pieces. From here she was selected to appear at 13 in her first Opera, Tosca, with Pavarotti. From 15 to 17 she attended the Miami Performing and Visual Arts Center (PAVAC) focusing on musical theater. At 16 she joined a punk rock band and recorded an another album. While attending the University of Miami, studying jazz vocal, opera, engineering and business, she worked as an on-call studio vocalist, lending vocals on other's albums, jingles, and even cartoons. She had her own band for a while and recorded her own songs, which were later published by a N.Y. publishing house. While singing in a club in Coral Gables, she was "discovered" by an A&R representative for Arista records. He signed her to a recording deal which eased her transition to the big city of N.Y. She didn't find the songs she was asked to sing of very good quality and so she was allowed out of her contract. After that, singing every kind of venue and style was how she made a living - bands, clubs, studios, sessions, jingles, singer/songwriter and composer of jingles for major companies, and at one point, even received major financial backing to record her own songs with one of New York's largest studios, while working toward a major label recording contract.

Through the grace of God, Donna realized that the Music she was recording and, in fact, most Music heard in the world, only serves to distract us from the true goal, which is to "love God with your whole heart, soul, mind, and all your strength." These songs get us occupied with worldly thoughts, amusements, and feelings which are deterrents to the growth of the spiritual life, which is all that matters. She also figured, why sing love songs that are so idealistic that they can only find fulfillment in Jesus? Why not just sing about Jesus Christ?! Not desiring to be the lukewarm that Jesus will "spit out of His mouth," she decided to sing for Him alone. "All is vanity." (Eccl.) Only what is done for Christ will last. (See Mission Statement)

After realizing the emptiness of her "dream," she no longer desired fame and fortune. She sought only God, His ordaining Will, spending much time in prayer, studying His word, reading only spiritual books, and praying for direction and so desired to combine her two interests of God and Music. Her first recording, Prayers from Heaven and to Heaven, was the result of this endeavor. Golden Arrow Music, LLC, Donna's production company, is dedicated to setting prayers to Music with the idea that "when we sing, we pray twice" (St. Augustine). If you are going to have a song "stuck" in your head, let it be a prayer that will effect all eternity instead of some trite pop ditty from the radio that doesn't really have much meaning anyway.

Donna has taken prayers word for word from the Bible, popular devotions of the Faith and prayers of the Saints and put them to Music (singing also makes for easier memorization). Prayer of reparation (praise) and for unity of Christians is the main focus of the ministry. If it was Jesus' prayer "that they all be one" (John 7), how much more should we pray in union with Christ for His very own intentions and desires of His heart. Hence, the song and title track of Donna's second album, That We May Be One, word for word in the first person tense from John 17:24-26. She now has 9 albums. Most noteworthy is "The Way of the Cross", having gigantic production and live orchestra, being entirely paid for by her fans. So much for the big city record company she always thought she needed. All glory to God!

Donna's recording label, is an apostolate named after the following prayer:

"May the most Holy, most Sacred, most Adorable, most Incomprehensible and Unutterable Name of God be always praised, blessed, loved, adored, and glorified in Heaven and earth and under the earth by all the creatures of God and by the Sacred Heart of Our Lord Jesus Christ in the Most Holy Sacrament of the Altar"

This prayer was dictated by Our Lord Himself to Sister Mary of Saint Peter. Opening His Heart to her, Our Savior complained of blasphemy, saying that this frightful sin wounds His Divine Heart more grievously than all other sins, for it was like a "poisoned arrow."

After that, Our Savior dictated this prayer, which He called "The Golden Arrow" saying that those who would recite this prayer would pierce Him delightfully, and also heal those other wounds inflicted on Him by the malice of sinners. After receiving this prayer, Sister Mary of Saint Peter was given a vision in which she saw the Sacred Heart of Jesus delightfully wounded by this "golden arrow", as torrents of graces streamed forth from It for the conversion of sinners.

It is the Mission of Golden Arrow Catholic Music and Media to offer this and other sung prayers taught to us by the Church and through Scripture in the Spirit of reparation to the Twin Hearts for those who don't love Jesus and neglect Him and Our Holy Mother, to work for the unification of Christians, and to help brothers and sisters in the Lord to "Pray without ceasing" (Thes 5:17).

The picture in the very center of the above collage is of the famous Eucharistic miracle of Lanciano, Italy, which took place in the year 700. A monk who feared he was losing his vocation was celebrating Mass, and during the consecration, the host turned into flesh and the wine turned into blood. Despite the fact that the miracle took place almost 1300 years ago, you may still see the flesh in a monstrance which is exposed every day and the blood in a glass chalice. (The glass chalice is beneath the monstrance on the right.) The blood has congealed and is now in five clots in the glass chalice. In 1971 and 1981 a hospital laboratory tested the flesh and blood and discovered that the flesh is myocardium, which is heart muscular tissue, so we could say it is the heart of Jesus, the Sacred Heart, and the blood is of the blood group A.B. positive. In 1978 NASA scientists tested the blood on the Turin Shroud and interestingly also discovered that it is of the blood group A.B. positive. (The Sudarium, Face Cloth of Christ, in John 20:6 is also of the blood group A.B. positive.) Despite the fact that human flesh and blood should not have remained preserved for 1300 years, the hospital lab tests found no trace of any preservatives. One final interesting point about the five blood clots in the chalice is that when you weigh one of them, it is the same weight as all five together, two of them together weigh the same as all five. In fact no matter what way you combine the blood clots individually or in a group to weigh them, they always weigh the same. (This shows that the full Jesus is present in even a particle of the host.)

Donna Cori is a member of the Catholic Speakers Organization, CatholicSpeakers.com.

Donna has appeared as a featured guest/performer in song/interview on: